Remember when Doc Shebeleza proudly declared in his 2001 hit song Ingagara that “a real man doesn’t eat pie”? Well, it seems the artist, who was spotted enjoying a pie, has changed his tune and actually thinks pies are delicious!

In a funny twist of events, Doc Shebeleza has shared that he thinks pies aren’t so bad after all, and are one of the most delicious foods he has ever tasted.

“I don’t want to lie, but pie is meaty, fresh and tasty. Thats why I am saying when I bought it I never thought that it would taste so good. It has that thing,” he said.

Doc Shebeleza spoke to the Fresh Breakfast team on Tuesday morning to clarify his stand on “eating pies” after a picture of him enjoying a meat-filled pastry circulated on social media. 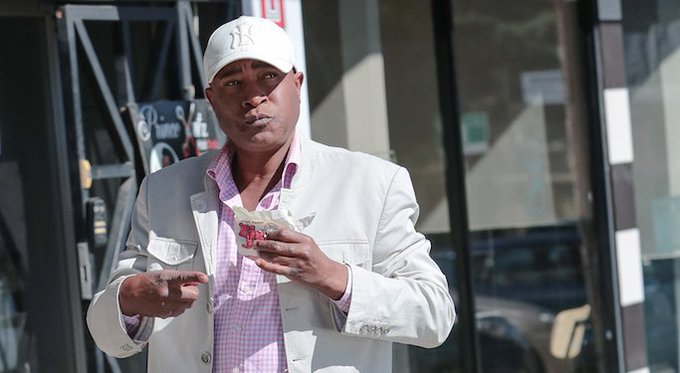 Doc Shebeleza, a man after my own heart! Munching on a pie…

In his song, Ingagara from his 2001 CD with the same title, the seasoned kwaito star said, “Angeke uyithole Ingagara idli Pie. Aneva! (You will never find a “real man” eating pie. Never!).

Doc Shebeleza said that he has “changed” his mind and that the particular brand of pie he was eating has ensured that he will keep on enjoying it.